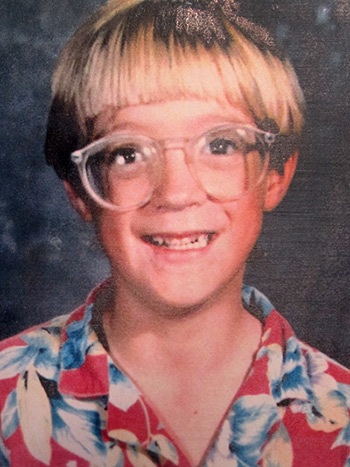 Roxanne Harris is the mother of Alexander Harris (left), whose 7-year-old body was found under a trailer on the grounds of Whiskey Pete’s casino in Stateline, Nevada after he had been abducted and murdered on Thanksgiving weekend in 1987.

Alexander went missing from a video arcade at Whiskey Pete’s and was never found until a month later, when his body was discovered under a temporary housing trailer on the grounds of the casino. He was wearing the same clothes he had on the day he disappeared.

The autopsy report on Alexander postulated that he was asphyxiated at about the same time he was abducted and that his body had been under the trailer ever since then.

Why is Roxanne a victim of Tom Dillard’s? Very simply: justice denied. Dillard wasted so much time, energy and resources in trying to pin the crime on Howard Lee Haupt that he disregarded other possible suspects. Roxanne is a victim, because through Dillard, she has been denied even the smallest glimmer of satisfaction of knowing that her son’s killer has been found, tried, sentenced and is paying for his crime.

This still is an unsolved murder case. And the mother of an innocent boy whose life was taken is still awaiting a resolution. Right now it’s a cold case. And apparently in the eyes of Metro PD it’s a frozen case. Nothing is happening on it. It’s not even listed as one of the cold-case unsolved murders from the 1980s on Metro’s website. (You can see that here: 1980-89 Unsolved Murders.) It’s a sad thing to think about. A boy’s death. A mother’s loss. A detective hell-bent on having a specific, pre-determined suspect pay the price for it all.

But right now, it’s Roxanne Harris who is paying the price. She lives with the grief and the lack of resolution of this case every day. It’s unimaginable.